Plan Could Save Railtown And Fairgrounds 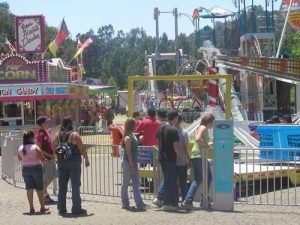 Sonora, CA — The Tuolumne County Supervisors will take up a proposal on Tuesday that could free up money to keep both Railtown 1897 the Mother Lode Fairgrounds open.

County Administrator Craig Pedro is proposing that the Transient Occupancy Tax (TOT) that is placed on hotels, be expanded to include campgrounds, houseboats and RV parks.

“This would not be an increase in the rate that the voters approved in 2010, but the expansion of the application of the TOT,” says Pedro. “The primary folks that would pay this are those that visit our community, and this is a great way that they can help offset some of the costs that we incur providing services to the visitors.”

Railtown currently needs around $200,000 a year to maintain modified year round operation, and the Fairgrounds require an additional $125,000 a year.

The county estimates that the expanded TOT would bring in around $350,000 annually.
The state would continue to operate Railtown as part of the plan, and the County would look to enter into a Memorandum of Understanding regarding various matters.

Railtown is one of 70 parks set for closure on July 1st. The State is also cutting off subsidies to county fairs.