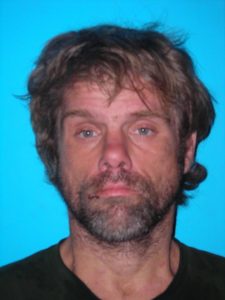 Sonora, CA – A protection order against a suspect was not enough to prevent him from attacking the victim who had taken out the restraint.

A report of a domestic disturbance sent Sonora Police Officers to the area of Forest Road near Stockton Road on Sunday around 10:15 a.m. to investigate. A victim with visible injuries told the officers about a physical fight with her boyfriend, Joshua Howard Williamson, 37, of Sonora. She alleged that Williamson repeatedly hit her and held her down on the ground not allowing her to get up.

She indicated that Williamson did eventually release her and told the officers that she had a restraining order against him. Officers were not able to locate Williamson at the scene but the next day spotted him walking along Stockton Road and arrested him without incident. He was booked into the Tuolumne County Jail for felony domestic battery and violation of a criminal protective order charges. Williamson’s bail is set at $35,000.