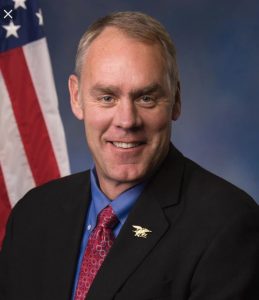 Washington, DC — The Interior Department, which oversees many natural parks, resources and historic sites, including Yosemite National Park, has some big changes on the horizon.

New Interior Department Secretary Ryan Zinke says he plans to divide the department’s 70,000 employees into 13 regions, based on rivers and ecosystems, instead of the current state boundaries. He is also planning to relocate many of the employees from Washington, DC to undisclosed cities across the West. The headquarters of some of the major bureaus are also anticipated to relocate out West. The goal is to get the officials closer to the natural resources and sites they manage.

The plan is drawing some early criticism, from some, however. The Associated Press reports that shortly after the plan was announced, Democratic Congressional members Raul Grijalva of New Mexico and Donald McEachin of Virginia sent Zinke a letter demanding he halt the reorganization and provide more information before moving forward. The Western Governors Association also expressed concerns that the change to 13 regions could give states less say in federal decisions.