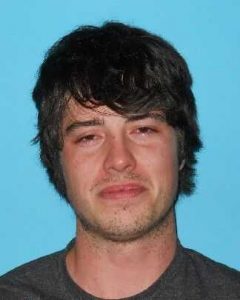 Sonora, CA — A Jamestown man was arrested after he told a woman he would kill her and then her kids.

A frightened woman came into the Tuolumne County Sheriff’s Department lobby on Monday night telling the deputy that 22-year-old Triston Cutting was acting bizarrely and making threats. She alleged that Cutting told her he was going to use knives and swords to kill her and when he was done he would kill her children too. The woman told the deputy she was afraid of Cutting and believed he would carry out his threat.

Cutting was found by deputies a short time later in the 18000 block of Highway 108 and taken into custody without incident. A knife was found in his pocket. He was booked into the Tuolumne County Jail for criminal threats.