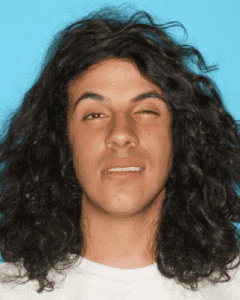 Sonora, CA — A belligerent bar patron who allegedly threatened to shoot and kill the establishment’s owner with a compound bow was jailed on a related felony charge.

According to Tuolumne County Sheriff’s spokesperson Sgt. Andrea Benson, the offense stems from an altercation that occurred at the Rawhide Saloon on Highway 108/49 near downtown Jamestown this past Friday night.

Deputies responded just after 9 p.m. to a report of a disturbance and found that 21-year- old Serafin Pulido, a Jamestown resident, had been asked several times to leave the bar for disturbing several patrons. After refusing to leave and being removed from the premises he reportedly threatened to shoot and kill the bar owner with the bow. The owner told deputies he believed Pulido would return to cause him harm.

Deputies subsequently arrested Pulido for allegedly making terrorist threats, a felony, and booked him into the Tuolumne County Jail where he was assigned a $25,000 bail.