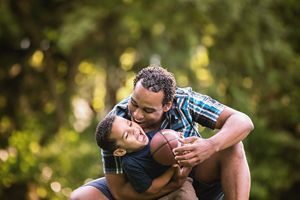 Sacramento, CA — Two California law makers are pushing for a tackle ban in youth football leagues due to health concerns.

Democratic Assembly members Kevin McCarty of Sacramento and Lorena Gonzalez Fletcher of San Diego want to outlaw the physical contact until teenagers reach high school maintaining that delaying the contact would protect young people from long-term brain damage as a result of repetitive blows to the head. While California has strengthened concussion protocols for youth sports, the lawmakers say it is not enough. The pair argues that children can still learn the skills needed to succeed at the sport from flag football.

After years of denials, in 2015 the National Football League (NFL) acknowledged a link between head blows and brain disease. It agreed to a $1 billion settlement with former players. The California lawmakers are not the only ones backing the outlawing of tackling in youth football leagues, representatives in both Illinois and New York have introduced similar legislation.