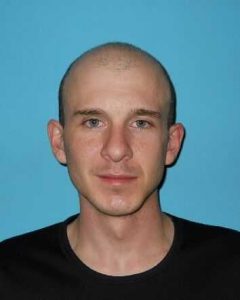 Recognizing the suspect, Jacob Sabins, security at Black Oak Casino in Tuolumne alerted sheriff’s officials that he was on the gaming floor just before 6 a.m. on Tuesday. When deputies approached Sabins, he took off but did not get far and while being handcuffed he continued to struggle with them. A search of Sabins’ backpack turned up four syringes including one loaded with methamphetamine.

During his intake at the county jail, more meth was found hidden on him, but sheriff’s officials did not reveal where he had concealed the drugs.  Sabins faces drug related charges and resisting arrest along with his four outstanding warrants for failing to appear on charges of battery on a custodial officer, resisting arrest, disorderly conduct alcohol, under the influence of a controlled substance, vandalism, possession of a controlled substance and possession of drug paraphernalia. Sabins’ bail is set at $25,000.