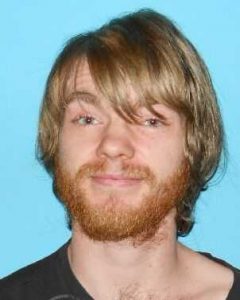 Jamestown, CA — A Jamestown man spent the rest of his Christmas behind bars after allegedly attacking an individual around eight o’clock that evening.

Tuolumne County Sheriff’s Deputies responded to the report of a domestic disturbance at a home in the 18000 block of Mill Villa Road.  The victim stated that they and 23-year-old Keith Silva had argued. The person alleged that Silva blocked the stairs and would not allow them to pass. According to the victim, he then knocked them to the ground and started choking them. The victim had injuries consistent to their account as deputies confirmed they had a swollen bump near their left eye, and redness around their neck. The victim also complained of pain to their left shoulder but refused medical attention, according to sheriff’s officials.

Silva was handcuffed and booked into the county jail for battery and false imprisonment with violence. Sheriff’s officials also revealed that Silva was intoxicated at the time of the attack with a blood alcohol level of .104.