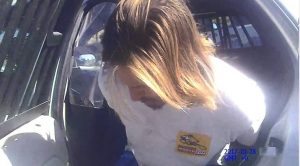 Sonora, CA – A local man wound up being charged with a single count of indecent exposure after offending passersby in two separate incidents a few hours apart, police say.

“At the time Mr. Brewer was speaking with a female, pulled down his pants and grabbed his genitalia while looking at the female, who was disturbed by the incident and ended up [abruptly] leaving,” the chief reports. He adds, “Later on that day, Mr. Brewer was also seen going into a residence. It appears he wandered into a home he was unfamiliar with. He was told to leave and when he exited the home, he stood at a distance — facing the home — exposing himself.” While the resident there declined to file a citizen’s arrest, responding police advised Brewer he was trespassing.

Asked if people should report these kinds of incidents, Chief VanderWiel responds that it is important to distinguish such acts from when some people are unknowingly exposing themselves by the clothing they are wearing, such as during bona fide wardrobe malfunctions. But, he affirms, “When it is done intentionally to offend, arouse or draw attention it is illegal – and offensive – so we absolutely ask that people call that in.”