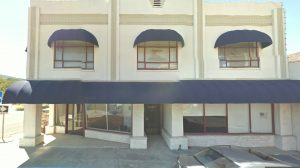 Made possible through considerable community partnership efforts and a two-year, quarter-million dollar federal economic development grant opportunity born out of the Butte Fire disaster, the Calaveras Business Resource Center (CBRC) will host its ribbon-cutting grand opening next week. It aspires to be the county’s main go-to for all things relating to planning, running, growing and promoting business.

Staci Johnston, who serves as the executive director of the Calaveras County Chamber of Commerce and chair of the CBRC committee, says that in addition to supporting the post-fire recovery of the local business community, the new center is focused on creating resiliency and synergy through resources such as tailored programs, support services, leadership and job training.

Too, by harnessing proactive partnership opportunities and further strengthening the local business network, Johnston maintains the center will have a hand in building successes that, in turn, will continue to beget more. Open every weekday from 8 a.m. until 4:30 p.m., the CBRC’s official opening event will be held at the center (7 Main St.) next Thursday, April 13 at 3 p.m.

Johnston recounts that it was the Calaveras County Chamber of Commerce 2015 Leadership Calaveras class that first ignited the idea for a local business resource after economic development was identified as a major issue within the county.

Later, when potential locations for a center were being bandied about, former District 1 Supervisor and Board Chair Cliff Edson suggested the county-owned Huberty building as a possible headquarters. The oldest stone building in downtown San Andreas and named for Joseph Huberty, who acquired it in 1858, three years after it was built, parts have at various times served numerous purposes; among them, a restaurant, bakery, hotel and law offices.

Since snagging the EDA grant, the chamber, working in partnership with Cal-Ed and Central Sierra Development District, have been working to renovate and get the center space up and running. Among its amenities is a computer lab as well as drop-in office and meeting space that can be tapped for use by local businesses. Many of the CBRC resources are free of charge; projects, such as printing, will be available for a reasonable fee.

Part of the grant monies are allocated to cover the services of outreach specialist Michelle Stevens, who will be housed at the center two and a half days a week. Her wheelhouse, according to Johnston, includes consulting new and established businesses about planning and marketing. Recently the center held its first workshop; the topic being how to effectively write and market a press release to media.

This week Mother Lode Job Training is moving into the center. “There is a lot of turning gears and components to this resource center, so to say we are excited at this point is an understatement,” Johnston enthuses.

“In conversations we have asked local businesses about some of the struggles they have…and the number one response to me has been to finding [enough] quality employees,” Johnston shares. “With Mother Lode Job Training we have the ability to make the connections with employers and its network of employees to bridge the gap and… actually help train future employees for specific jobs through some of the supports and resources that we will have here…through the training and workshops that we offer.”

On Wednesday, April 19 from 1 to 3 p.m., the center, in tandem with JCU Trucking, will host its first job fair. “They are a company that is going to be located out of Burson and looking to fill roughly 20 jobs, which is huge for us here in Calaveras County,” Johnston notes. “Any opportunity that comes to us…an employer who wants to hold a job fair — we can be that facility.”

As the center rolls out, Johnston says, “We want to make sure that we can provide a whole scope of services and support from mom and pop stores that have been around for generations and and new businesses.” Enthusiastically, she adds, “Having all these components brought together under one house, we feel we are going to be able to do that.”