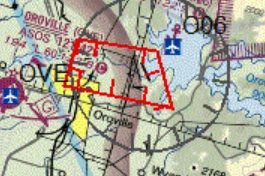 Sheriff’s officials have confirmed that while communities below the dam’s damaged spillway were evacuated burglars went to work breaking into homes and businesses. Sheriff Kory Honea says arrests have been made but did not know how many.

Sheriff Honea also noted that repair work is being hampered by private drones and causing safety issues, which prompted the Federal Aviation Administration (FAA) to take action. On Monday it implemented a Temporary Flight Restriction notice that prohibits the devices from flying inside a five mile radius, 3,000 feet altitude in the incident area. The sheriff’s department issued this warning on its Facebook page, “Remember, if you fly, we can’t fly and that will impede the ability to make critical repairs. This is against the law and anyone caught doing this will be prosecuted.” The no-fly notice runs until May 13.

Additionally, federal regulators have ordered the state to figure out what went wrong since just six months prior inspectors said the concrete spillway was sound. Some insight might come from even earlier inspections that point to potential clues, including cracks on the spillway’s surface.