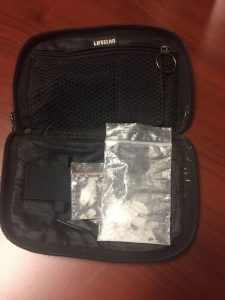 Sheriff’s officials report a deputy recognized 38-year-old Christopher Starr, who was wanted for failing to appear on four traffic warrants, shopping at the Safeway Market on Sanguinetti Road. Deputies approached Starr as he left the store and took him into custody without incident. He was searched and deputies found two baggies containing approximately three grams of methamphetamine on him.

Starr was arrested and booked into the Tuolumne County Jail on the four warrants and possession of a controlled substance.