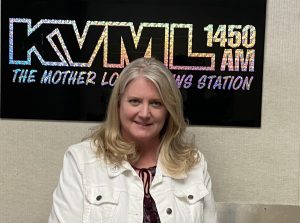 In a close re-election race, Parker lost her bid to retain the position of Tuolumne County Superintendent of Schools in the June primary, as reported here. Then earlier this month, she announced her retirement from education on October 31st, before her term ended, as detailed here. That is the same date being given for her AHS role, in which Parker will lead well-being initiatives both for employees and throughout the entire community, according to hospital officials.

“Supporting the well-being of our community, particularly our most vulnerable, has always been at the heart of my work in education, and I look forward to building on that in this new role with Adventist Health Sonora,” says Parker.

The position of well-being director will focus on several initiatives, as relayed by AHS, including addressing community-identified health and wellbeing priorities, reporting on the organization’s community benefit, and assisting with the successful implementation of the Blue Zones Project. Hospital officials noted her qualifications for the new role, stating, “As Tuolumne County Superintendent of Schools and a long-time educator in the county, Parker has a history of building sustainable partnerships to serve diverse community needs. This has included creating an on-site mental health program at all school sites in Tuolumne County and implementing and coordinating multiple grant programs throughout the Central Valley and Sierra Nevada foothill regions.”

“Cathy is a dynamic leader and relationship builder, and I couldn’t be more excited for her to join our team,” says Michelle Fuentes, Adventist Health Sonora President. “Collaborating closely with Blue Zones Project Tuolumne County and other stakeholders in our community, she will work toward making health and well-being more accessible.”

The Well-Being Director is a full-time position.