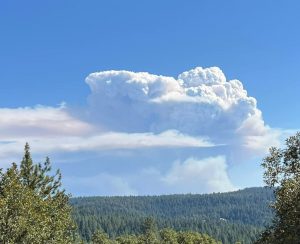 Placer County, CA — The Mosquito Fire burning in Placer and El Dorado counties now has the distinction of being the largest in California so far this year.

It is 64,159 acres and there is 20-percent containment. Over 9,200 structures remain threatened and an estimated 11,200 people are evacuated. 3,365 firefighters remain on scene.

The 2022 fire season has been milder than 2021. The largest fire last year was the Dixie incident that burned over 960,000 acres throughout Butte, Lassen, Plumas, Shasta and Tehama counties.

2.5 million acres, total, burned in California last year. This year, CAL Fire reports the number has surpassed just over 345,000 acres. Officials warn that wildfires can happen at any time, and the season is not over.