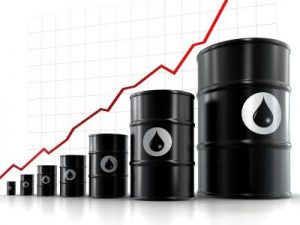 “Runaway inflation has pushed workers and families to the breaking point.

According to one recent poll, nearly 60 percent of Americans are making an effort to drive less and cut back on electricity use.

3 in 4 are pinching their budgets for food and entertainment outside the home. And two-thirds are bracing for prices to climb even higher in the coming year.

Six months ago, in December, President Biden told the American people we had reached ‘the peak of the crisis’ with inflation.

He said that prices would start falling, ‘over the next couple months.’

But like so many of Democrats’ other confident predictions about our economy, the President’s statement has proven completely false.

Friday’s monthly inflation report provided more official confirmation of what American consumers know painfully well: The Democrats’ out-of-control inflation is not letting up. In fact, it is still getting worse.

In the year to May, consumer prices rose 8.6%, blowing away expectations, jumping a full percentage point over the previous month, and setting – you guessed it – a new 40-year high.

The data underneath tell a brutal story for working families and American businesses. The categories driving inflation last month were the ones they can’t do without.

Overall energy prices clocked a year-on-year increase of nearly 35%. Drivers are paying 48.7% more at the pump. And fuel oil consumers have seen prices more than double.

Food costs continued to climb at over 10%. Grocery prices in particular hit nearly 12% inflation, the worst year since 1979. And full-service restaurant prices saw their largest increase on record.

Day by day, all of these painful milestones add up to one simple reality: Americans’ hard-earned dollars aren’t going nearly as far as they once did.

Runaway inflation has swallowed up any shot of rising pay bringing more prosperity. In fact, the average worker has seen a 3.9% pay cut in the last year.

One mother of two in Indiana recently reported that she’s earning more than she ever has in her career, but ‘says she still feels like she is financially losing ground.’ ‘I should be able to live on my own. I’m getting ready to pay rent and it’s going to take every single dime I’ve made.’

As one of my constituents in Barbourville, Kentucky, put it recently, ‘We’re cutting back on everything – and I mean everything. Gas, meat, bread, it’s all expensive as hell. One moment you think you can afford to buy something, then you go to the store and it’s like, ‘Nope, can’t get that anymore either.’’

And here’s a real kicker. One young couple in Utah have taken to asking themselves weekly, ‘What did we spend money on that we could not have spent money on?’

Imagine, Madam President, if Washington Democrats were willing to engage in that sort of self-reflection.

Remember, it was their policy choices that made this painful situation possible.

It was Democrats’ choice to insist on flooding our economy with trillions of dollars in liberal spending last spring.

And it was Democrats’ choice to spend months last summer and fall working on ways to pour even more gasoline on the fire. Even though working families were already feeling the pinch of inflation.

The Democratic Leader himself said last spring, ‘I do not think the dangers of inflation, at least in the near term, are very real.’

None other than some of his own party’s top economists warned the exact opposite. But Washington Democrats were not to be deterred.

Working families’ budgets took a back seat to the far-left’s wish list. And now, Democrats’ decision is driving them off a cliff.”