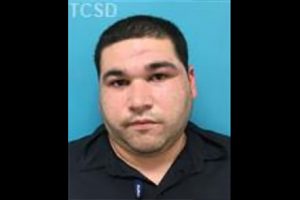 Tuolumne, CA – After brawling with a juvenile and then striking him with an unknown object last week, a Tuolumne man was arrested for child abuse.

Tuolumne Sheriff’s Deputies responded to the Tuolumne Apartments located at 18400 Tuolumne Road on Wednesday at around 4:30 p.m. for a report of an argument in the parking lot. Once on the scene, they found a juvenile male victim bleeding from his head. During questioning, 23-year-old Robert Moreno Jr. admitted he had caused the injury to the victim, who is a relative.

Sheriff’s spokesperson, Ashley Boujikian, relayed that the victim got into an argument with another juvenile over a Sharpie marker when the victim struck the other juvenile, causing Moreno to step in. She detailed, “Parties on scene reported the victim and Moreno were briefly in a physical fight before separating. Parties on scene reported the victim returned to the apartment Moreno was in to retrieve his cell phone when he was struck by Moreno with an unknown object in the head, causing injury.”

Moreno was arrested on charges of felony child abuse, and battery with serious bodily injury. He was placed on $50,000 bail.