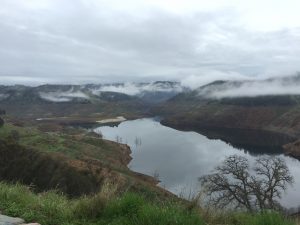 The State Water Resources Control Board on Tuesday formally adopted a revised set of emergency regulations, citing the need, due to continued drought impacts, to ensure that urban water conservation efforts continue through Oct. 1, the end of the water-year. Back in November, Governor Jerry Brown issued an Executive Order directing the board to extend regulations, if drought conditions still persisted into January. This round of rules also gives urban water suppliers more flexibility in meeting conservation requirements and allows for a further easing of standards once the snow-pack and other water measurement readings taken in April are weighed. (For the latest snow-pack readings, reported Tuesday, and local reservoir levels, click here.)

The updated regulation acknowledges an ongoing recovery need, after years of extreme drought, to maintain high conservation rates, according to Felicia Marcus, chair of the State Water Resources Control Board, who notes that stakeholder input was incorporated into the measures over the course of recent public hearings and a comment period. Too, she points out, “If we continue to receive a lot of rain and snow in February and March, we may scale back the conservation requirements further, drop them, or move to another approach.”

The statewide goal, under the revised regulation, is to exceed a 20 percent conservation rate over 2013 water use. The water board will continue monitoring state urban water suppliers with more than 3,000 connections on a monthly basis, tracking individual compliance to their set requirements and recording their cumulative savings efforts since June 2015. The board will continue to use 2013 as the benchmark comparison year for data comparison (click here for the most recent numbers, reported on Tuesday). This year, however, suppliers will be recognized and or receive credits or adjustments for certain factors affecting water use in their part of the state. These include hotter climates, population growth, and significant investments in developing wastewater reuse, desalination and or other drought resilient water sources. The regulation also has provisions to penalize homeowners’ associations and other community organizations that attempt to infringe on homeowners’ plans to reduce or eliminate lawn and landscape watering.

“This regulation should still allow this state to save more than 1 million acre-feet of water through October 2016 – which is enough water to serve an average of two million California families,” Marcus predicts. She continues, “While we are hopeful that we are turning the corner on this drought, the truth is that it’s just too soon tell.”

The new version of the regulation, which has been submitted for review and final approval to the state’s administrative law office, is anticipated to shortly take effect.