Update: Are You Dreaming Of A White Thanksgiving? 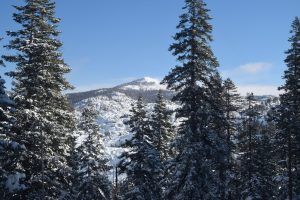 According to the National Weather Service, the next storm system from the Gulf of Alaska will drop south into Northern California overnight Monday into Tuesday with cooler temperatures, rain and snow.

The heaviest precipitation will fall on Tuesday with showers lingering into Wednesday night. Thanksgiving Day will be dry, other than some lingering snow showers along the crest of the Sierra.

Total snow accumulations in the Sierra Nevada will range from four to eight inches above 3,000 feet. Lighter amounts of snow accumulation is expected as low as 1500 feet by Tuesday afternoon and evening.

Thanksgiving travel will be impacted, so start preparing now! Motorists should expect slick roads due to rain and snow. Chain controls are likely.