Sonora Man Arrested After Almost Colliding With A Patrol Car 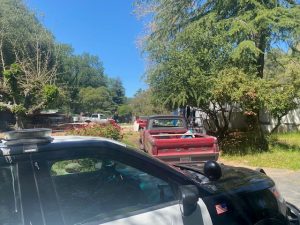 Jamestown, CA – One way to get arrested is to almost run into a deputy’s patrol vehicle, and even worse is to be in a stolen pickup.

That is what Tuolumne Sheriff’s officials report that 22-year-old Zachary Richardson did on Wednesday (5/4). Sheriff’s officials detailed that it was in the afternoon when Sgt. Donaldson was driving on Highway 49/108 in the Wigwam Road area of Jamestown and his patrol vehicle was nearly struck by an erratic driver in a classic Ford pickup truck.

The Sergeant pulled over Richardson, who provided a false name, but through further questioning learned his real name. A record check of the truck’s license plate revealed the truck was reported stolen. A search of the pickup and Richardson turned up drug paraphernalia in his pant pocket.