No Water For Twain Harte Lake 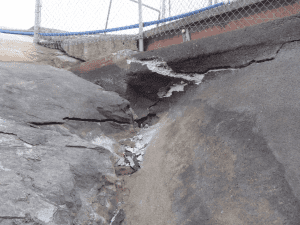 Twain Harte, CA – Tuolumne Utilities District (T.U.D.) had hoped to be able to let the Twain Harte Lake Association purchase some water to fill the lake after it had to be drained, due to a cracking rock that created a leak near the dam last August.  In February, the two met to discuss the association possibly buying water, contingent on Lyons Reservoir “filling and spilling.”

As first reported last week,  PG&E told T.U.D. officials that it no longer expects Pinecrest Lake to fill but reach only 75% of its capacity.  Since Pinecrest flows into Lyons Reservoir, that news has forced T.U.D. to retract any offer of water to the association.  MyMotherLode.com has learned that, last week T.U.D.  sent a letter to the association informing it of that decision.

District General Manager Tom Scesa says, “We were hoping that Lyons Reservoir would fill and spill, and that if it did spill, that we would be able to take some of that water down our system and fill up the reservoir. Because of the continued drought conditions, we don’t think that we’re going to be able to supply them a hundred and thirty-eight acre feet of water that they’ve asked for.”

Scesa adds if the drought conditions change, then T.U.D. could switch its position, but he wanted to give the association a heads up.  “I wanted them [Twain Harte Lake Association] to know early,” stresses Scesa, “because my understanding is they were going to  pay a premium to get the work done quite quickly and I wanted them to have an honest forecast on whether they could get water or not.”

The association had been accelerating repair work to the dam in hopes to open the lake by summer.  Scesa confirms, “They’ve [the association] got a well. It will just take a very long time for them to fill it. They are a ditch [water] customer of ours [T.U.D.] and will receive their reduced allotment, but that also would probably take them…a really long time. To fill it up at the schedule that they would like would be really difficult.” Scesa concedes, “I don’t know where they would get the water.”

We have reached out to the association, but no one was readily available for comment.