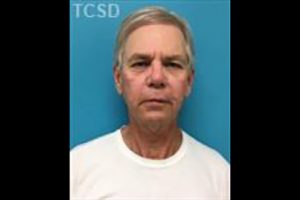 Jamestown, CA – Continual sexual abuse of a child is just one of the charges facing a Jamestown man after two of his alleged victims come forward and he is now on a $125,000 bail.

59-year-old Mark Walts was arrested at his home on Monday morning after Tuolumne Sheriff’s Deputies followed up on a report of lewd or lascivious acts towards a child under 14 years of age. A victim told deputies of past sexual abuse by a relative.

Sheriff’s spokesperson Ashley Boujikian relayed, “Detectives continued to investigate throughout the day and learned there was a second victim suffering from the same kind of abuse described by the initial victim.”

Walts was taken into custody for lewd and lascivious acts with a child under 14 and continual sexual abuse of a child. Boujikian added, “Due to the nature of the crime no further information will be released.”