Cashman Finishes Best Among US Skiers In Downhill 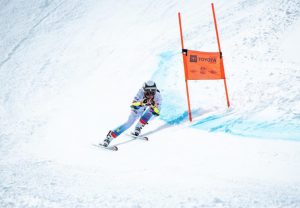 Beijing, China — Strawberry’s Keely Cashman was the highest-ranking finisher from the United States in the Women’s downhill competition at the Beijing Winter Olympics.

It aired during prime time last night on the NBC Network. During her run the announcers noted that she is just 22 years old and from the community of Strawberry, which has a population of less than 100.

The Gold Medal went to Corrine Suter of Switzerland, followed by two Italian skiers, Sofia Goggia and Nadia Delago. Cashman was 2.26 seconds behind the top time.

Cashman’s final event will be the women’s combined downhill skiing airing at 6:30 p.m. on Wednesday.