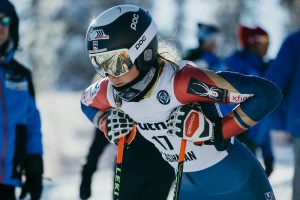 The Strawberry native will make her Beijing Winter Olympics Alpine skiing debut tonight in the Super-G competition. She qualified to be on the USA Alpine Skiing Team last month, as detailed here. Cashman also spoke to Clarke Broadcasting earlier about her journey to the Olympics and hopes here.

Tonight’s Super-G event with Cashman competing begins at 7 p.m. Her next event will be on Monday, (Feb. 14) Valentine’s Day, where she is scheduled to compete in the women’s downhill competition, beginning at 7 p.m. Cashman’s last event is the women’s combined downhill skiing airing at 6:30 p.m. on Wednesday.

Click here for the complete schedule of Olympic events.