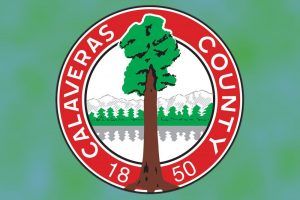 Arnold, CA — Updated numbers from Calaveras County show Michael Oliveira with a just over a 40-vote lead in the District 3 Supervisor’s race with about two hundred votes still left to be counted, but incumbent Supervisor Merita Callaway has made the call.

“In fact, I was a little surprised of Merita’s call because it was so close,” says Oliveira.  “She conceded and wished me congratulations.”

There are still around 253 provisional ballots yet to be counted, but Callaway says, as they are countywide ballots and not just from District 3, she does not believe there will be enough votes to give her the edge.

“I wished Mr. Oliveira the best and hope that he can fulfill his campaign pledges to the community,” says Callaway.  “There are some big issues happening next year and there is a challenge.”

Some of those challenges include passing the county’s General Plan, jobs and the budget, some of Oliveira’s top priorities.  “First thing I want to tackle is to get the General Plan passed and start making this county more susceptible to new business ventures coming in from outside areas,” he says.

Oliveira thanks voters for his win, calling it “the dawn of a new time for Calaveras County.”  He adds that he will look to Callaway and her 21 years of experience as a county supervisor for advice on the issues facing it.  Callaway thanks staff for helping her be “a good Supervisor for the community,” and the citizens for their years of support.

Calaveras County Election officials say they hope to have all the provisional ballots counted by next week.  They will then need to count the write-in votes in District 5, representing the Milton, Jenny Lind, and Rancho Calaveras area, which could take an additional week.

One note, this latest election update ups Calaveras’ voter turnout from 51 % to 58%, but that number could increase once the provisional ballot count is completed.

You can find a list of the updated results in the myMotherLode.com election section.