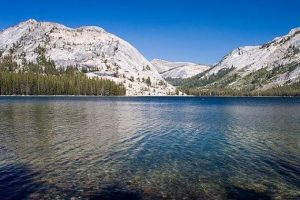 Yosemite, CA — Several thousand vehicles are expected to pass through the Yosemite National Park gates over the next couple of days.

The park receives about 4 million visitors annually, and 55% arrived during the summer months. Park officials report that the Independence Day and Memorial Day holidays are among the busiest times. The Park has put out the following recommendations and reminders for anyone heading to the park.

Additional suggestions for a successful Yosemite trip include: