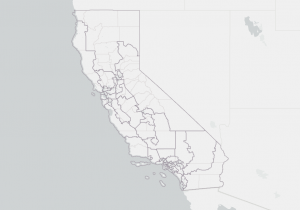 Sacramento, CA — After earlier releasing a series of potential scenarios, the California Citizen’s Redistricting Commission has put out a draft map for new Congressional, Senate and Assembly districts.

The commission faced a November 15 deadline to release a proposed map. It has done so, and it has McClintock’s District now covering parts of 15 Sierra Nevada counties, including the Mother Lode area, such as Tuolumne, Calaveras, Mariposa and Amador. The commission will now gather additional public input ahead of releasing a final draft late next month.

On the Assembly side, Tuolumne, Calaveras and Mariposa would remain in Republican Frank Bigelow’s current area. For state Senate, Tuolumne, Mariposa and Calaveras counties would continue to be bunched together, however, it appears it would no longer include Fresno, which is where current Senator Andreas Borgeas resides.