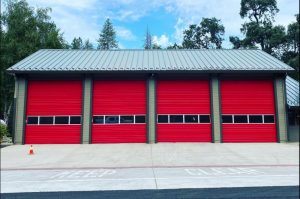 Groveland, CA — The Groveland Community Services District held a town hall meeting this week to address concerns from the community about a plan to increase the tax base to help fund its fire services.

Aspects of the plan were approved at GCSD meeting several months ago, and there were concerns raised by many about transparency, and how it will actually be implemented. Opponents referred to it as a Mello-Roos district, which is a special tax assessment district that can raise money for local projects. It sometimes has a negative connotation and can reduce property values because of the increased tax burden it creates. Members of the GCSD took issue with the Mello-Roos label.

Kampa stated, “One thing we heard clearly throughout the entire process in talking about responding (fire service) to new development, is that new development needs to pay its own way.”

Under the plan, new development projects in that area, residential or commercial, could pay an annual fee up to $1,600.

Two former Tuolumne County Supervisors spoke out against the plan at the meeting. Former supervisor Mark Thornton called it a “controversial tax scheme.” He also argued that the district has not properly vetted it out or done due process regarding how it would be implemented or if existing homeowners could be legally impacted somehow.

In addition, former Supervisor John Gray stated the new fee on development would “exasperate the problem that we have” and prevent the construction of new homes. Gray stated he is in favor of finding ways to fund fire protection but has many concerns about this approach.

Gray argued that entry-level housing construction would be unfeasible given the already rising cost of fire insurance and lumber prices.

Toward the end, Kampa promised there would be more discussion about this proposal at an upcoming board meeting.

You can listen to the entire audio of the town hall meeting below: