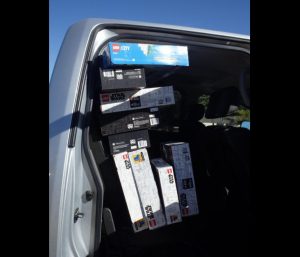 Sonora, CA — Charges filed in response to a theft at the Sonora Walmart ranged from Grand Theft to drug possession.

The Sonora PD received a call on Tuesday about people pushing a shopping cart full of merchandise out of the store’s side entrance. They fled in a silver truck and a “be-on-the-lookout” alert was issued to local law enforcement agencies. A CHP officer spotted the truck in Jamestown and pulled it over.

Mourer is also accused of bringing drugs into the jail after fentanyl and meth were located in her possession after the booking process.

The PD reports that they had collectively stolen over $1,400 in merchandise.