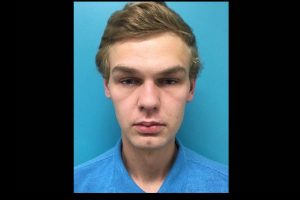 Sonora, CA – An argument at a local mobile home park erupted into an assault of one person with a weapon usually used for fun.

The victim and the suspect were just “hanging out” when the fight broke out, according to Tuolumne County Sheriff’s spokesperson Nicco Sandelin. Deputies responded to a reported physical altercation on Monday (Sept. 13). Once on the scene, deputies contacted the victim who told them that 21-year-old Noah Kolpack of Sonora had attacked them.  Sandelin detailed, “The victim stated that Kolpack started accusing them of theft and then allegedly picked up a skateboard and swung it at them. The victim detailed that the board hit them on the side, but they were able to run from Kolpack and once safe, called 911.”

The next evening, around 7:15 p.m., Kolpack was located at a Sonora residence and taken into custody without incident for assault with a deadly weapon. He was placed on a $40,000 bail.