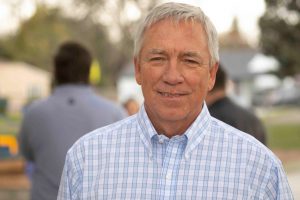 Ose represented parts of the Mother Lode, including Calaveras and Amador counties, in Congress from 1998 to 2004. He has been among the front runners in the recall effort, along with Larry Elder, John Cox, Caitlyn Jenner, Kevin Faulconer and Kevin Paffrath.

Ose has put out a statement, “While at home on Sunday evening, I experienced the sudden onset of concerning medical symptoms. I immediately called 911 and was transported by ambulance to Mercy General Hospital where I was ultimately treated for a heart attack.”

Adding, “While I’m told I should expect a full recovery, additional procedures and potentially surgery are required, and it has become clear that I must now focus my attention on rehabilitation and healing. Sometimes you have to do things that you don’t want to do. It is what is: my campaign for governor is over.”

Ose will still appear on the ballot, as they have all been printed, and he is encouraging voters to still vote in favor of the recall.