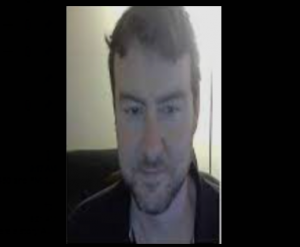 Sonora, CA — Investigators are accusing a man of allegedly starting several fires near the vicinity of the massive Dixie Fire.

47-year-old Gary Stephen Maynard is a former lecturer in the Department of Criminology and Criminal Justice at Sonoma State University. He was working part-time at the school just this past fall. He also previously taught at Santa Clara University.

Federal court documents revealed that Maynard was located by officials in his Kia Soul the day of the July 20th Cascade Fire. He was described as appearing mentally unstable. Witnesses later revealed that the vehicle was in the area the morning before the fire started. Maynard appeared to be living in the Kia.

Several days later, reviewing some other fires in the area, officials found tire tracks, similar to Maynard’s vehicle, near the start of the July 11 Bradley Fire, and the July 21 Everitt Fire. It spurred an investigation. A tracking warrant was approved for Maynard’s vehicle, and the device was installed while Susanville Police issued a traffic stop.

Days later, the tracking data showed that Maynard was near the ignition of an arson-caused fire on Mooney Road in the Lassen National Forest and two additional nearby incidents this past Saturday, the Conard and Ranch fires. He was soon arrested by a CHP officer after being spotted driving through an emergency closure area for the Conard Fire. He faces multiple charges, and an investigation is ongoing.

Federal officials say Maynard is not accused of starting the nearby 501,000-acre Dixie Fire, the largest incident in state history. Earlier PG&E reported to the state’s utility commission that its equipment may have been involved in its ignition. An official cause is still under investigation.