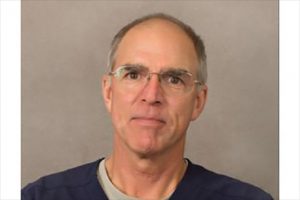 Sonora, CA – Known for his compassion and not being afraid to try new or holistic medicine, the sudden death of a well-known community doctor has shocked patients and many in the local healthcare community.

59-year-old Dr. Eric Runte was sadly found deceased this past Saturday (July 3) at his property on Old Wards Ferry Road. A former colleague, friend and patient, Sonora City Councilwoman Colette Such, was shocked to hear the sad news, “It took me about three days to actually believe it. It was not believable and also pretty heartbreaking.”

Such worked with Dr. Runte when he was the Medical Director of the Primary Care Clinic at Tuolumne General Hospital and she was the hospital’s Director of Cardiopulmonary and Cardiac Rehabilitation. A position he took in 1994. She fondly remembers those days and detailed how nurse practitioners told her that Dr. Runte shaped their practice, relaying, “Just by mentoring them and by his example. I think they would all say they are better practitioners because of him.”

When the hospital closed, Dr. Runte moved to the MACT Medical Health Clinic in Sonora for a short while before opening his own practice in 2002. But he still made time to work one day a week at area clinics like the Tuolumne Band of Mi-Wuk Indians Health Center. Such recounted, “The thing that was most amazing about him was his dedication to providing good healthcare to people who were often otherwise marginalized. He always incorporated people who didn’t have insurance into his practice. He never abandoned them.” She added, “He fiercely believed that everyone deserved access to good healthcare, and he provided it.

In January of this year, he joined Tuolumne Me-Wuk Indian Health Center as Medical Director. A press release from the center at that time stated, “Dr. Runte prides himself on taking time to care for his patients, providing them with personalized care.  He will be seeing patients in both Sonora and Tuolumne.  We are excited to welcome Dr. Runte full-time. He has a big heart for our patients and our community!”

Such also recalled his dedication to patients, which was so strong he gave them his cell phone number. She was one of those patients and remembers him as a larger-than-life type of physician because of his interest in so many aspects of medicine.

“He was very smart, very energetic, always learning always willing to try new things, and interested in incorporate other things. He offered a solution to your health problem often that wasn’t just taking a pill. He really believed in food or diet as medicine,” summarized Such.

Adding that he was not only trying to change the delivery of medicine but the outcome as well, Such shared, “You kind of had a personal relationship with him. The relationship became personal. It wasn’t just a physician and patient, and that wasn’t just because I was in healthcare, it was just how he practiced.”

As for his legacy, Such asserted, “His willingness to incorporate, yoga, meditation diet exercise. It was a lifestyle change and he practiced it as well.”

Dr. Runte graduated from The University of California Davis School of Medicine and had over 30 years of experience in primary care. The cause of his death has not yet been released. He is survived by his wife, Carlene Maggio, and three children, two sons and a daughter. Noting the huge loss to his family, Such added, “It’s a huge loss also to this community, and, I think, to humanity.”

A celebration of life is planned for the public on Saturday, July 24th at Indigeny Reserve in Sonora.