Nearly $3.5 Million Worth Of Marijuana Seized In Four Grow Busts 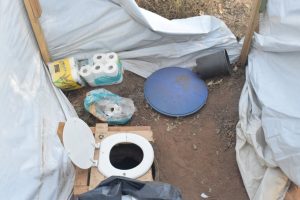 Calaveras County Sheriff’s Office Marijuana Team conducted the raids over two days last week. Like the picture in the image box shows, some sites had disgusting finds on them such as this man-made outhouse. The first day Wednesday, June 9th, a property in the 5000 block of Hawver Road in Mokelumne Hill turned up 1,085 growing marijuana plants with an estimated value exceeding $1,085,000, according to sheriff’s officials. No suspects were located, but evidence of environmental contamination was found that included an “outhouse” built directly over a hole in the ground.

Later that day in the 19000 block of Cedar Way in Mountain Ranch, 200 growing marijuana plants with sheriff’s detectives estimating a value exceeding $140,000 were eradicated. Deputies found trash and debris strewn across the property. 58-year-old Santos Tafolla Gonzalez of Dehli California was slapped with several drug citations and released.

Two days later, on Friday, June 11th, two residences that had been converted into indoor grows were searched. The first, located in the 1000 block of Paradise Peak in Valley Spring, uncovered 595 pot plants and over 23 pounds of processed marijuana. Sheriff’s officials estimate the combined value at more than $819,000.

The second site raided was in the 500 block of Brookline Court in Valley Springs. There over 1,022 growing marijuana plants and 35 pounds of processed marijuana were seized with an estimated value above $1,400,000. Several ecstasy pills were also found at this location.

Investigations into these busts are ongoing.