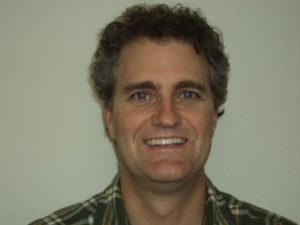 Sonora, CA — A Sonora man will head up the Tuolumne River Trust. The Board has appointed Patrick Koepele to Acting Executive Director. The head for the past eight years, Eric Wesselman is stepping down to become the Executive Director of Friends of the River which is a statewide organization.


Wesselman says, “Thanks to the Trust’s growing base of generous supporters, we have had some great accomplishments over the last eight years, such as convincing San Francisco to drop their plans to divert more water from the Tuolumne, educating thousands of kids about the river, and implementing on-the-ground restoration projects.”

Koepele has more than ten year experience with the trust. The Board says that has made him intimately familiar with all aspects of the organization from programs, to fundraising, to finance and administration.

Koepele says dealing with Rim Fire recovery will be a top priority. “The Rim Fire burned about 20% of the Tuolumne water shed. That’s had a huge impact on the river and water shed. The plans that are put in place will be crucial so we will be following that closely.” He adds other issues like how flows are released below Lake Don Pedro, salmon recovery and working to make sure San Francisco’s water use is efficient will also be main concerns.

The board has already started accepting applications for the Executive Director position and plans to start the interview process in February. The plan is to have the position filled by early March. Koepele’s first day on the job will be January 1st. He says he would like to make the job a permanent one.