Former Mayor, Supervisor And Longtime Public Servant Has Passed Away 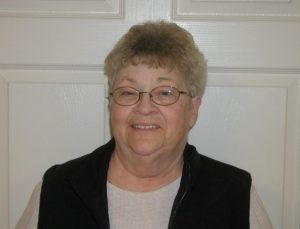 Sonora, CA — A public servant spanning 40 years for both the City of Sonora and Tuolumne County, Liz Bass died on Sunday at Adventist Health Sonora at the age of 80.

Bass’ longtime service to the community started in 1979 when she was hired as a teacher at Sonora High’s “Opportunity School” and then became Principal of Cassina High School until she retired in 1996. It was during that time that former Tuolumne County Administrator, Craig Pedro first met Bass, he was a student. However, the two followed the same path into government and both received the Tuolumne County Chamber of Commerce’s “Excellence In Government” award in 2002 when she was Sonora’s Mayor and he worked as a Management Analyst for the county.

“That connection point of her on the city council and me working in county government. Then to receive that award together, only to turn out with her on the board and then we served for eight years together,” details Pedro. “So, I’ve had quite the long run at different seasons of my life and certainty Liz’s where we connected with one another.”

Even before retiring from education, Bass took on a new role as an elected leader, which lasted for 18 years. In 1994 she was elected as a member of the Sonora City Council and became the city’s first female Mayor in 2000.

“She was very proud of that fact,” says Pedro.

Bass served on the council for ten years. Pedro recalls one of the reasons she wanted to get into politics, “She just wanted people to talk about issues civilly and get the best thoughts and ideas of all involved and make that part of the everyday decision-making process of government.” He added, “That also kind of dovetails with her other work, she used to host a radio show on KVML for 3 or 4 years called “Talk Back” and have conversations with political figures but also everyday residents.” The show was live and ran in the noon hour from 1997 to 2000.

In 2004, Bass was elected as Tuolumne County District 1 Supervisor, a position she held for 8 years. Pedro says Bass was passionate about, “She was always proud of looking out for the ‘little guy’ as she always put it. People that weren’t sought after to get opinions and input from, whether that is the youth, senior citizens, or the homeless. She was always looking out for them.”

Bass’ other interests, recreational, library and behavioral health services where she worked to stabilize and expand those services, especially the latter for the homeless. Pedro remembers Bass spearheaded the push to bring an effective health care system to the community by taking action with the board to go from two hospitals, including Tuolumne General, transiting to a privatized model that relied on other partnerships outside the county.

“We now have a different system, one that has a very healthy hospital that is making new investments regularly in the healthcare of our community and that would not have happened if we continued on the course, we were on,” indicates Pedro.

Another cause making sure Tuolumne County was represented. Pedro recounts, that when Bass learned that the county was the only one in the state that did not have a flag, she made it her mission to get one approved and it remains up on the wall of the county administration building on the fourth floor.

But one of Pedro’s fondest memories, he says with a smile, “She had a wry sense of humor that she would bring into intense situations (laughs) sometimes. Not to distract people but to actually break up a heavy conversation and get people back focused on the issue at hand. She had an ability to do that.”

The cause of Bass’s death has not been released. She is survived by two children and a grandchild. Her son tells Clarke Broadcasting there will be no public funeral services as he says, “She would not have wanted that.” Instead, the family welcomes donations to their mother’s favorite charity “Best Friends Animal Sanctuary,” click here for the website.