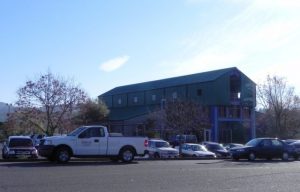 Last week, Tuolumne General Manager Pete Kampa looked out of his home window near downtown Sonora and saw a vegetation fire burning next to some businesses.


Kampa was Wednesday’s KVML “Newsmaker of the Day”.


“After dealing with the Rim Fire, a little bit of panic set in. I ran across the street and it looked really bad. There were embers flying into the trees and the flames were hot. I grabbed a neighbors garden hose and decided to keep the fire from advancing.”


Kampa didn’t fight the fire for very long when he heard an officer tell him that firefighters were on the scene and he was asked to drop the garden hose.


“My wife called me a hero,” said Kampa. “I think at most I kept the fire from spreading.”


During the Rim Fire, Kampa had asked TUD customers to please not run their water sprinklers or water down the roofs of their homes.


“We needed as much water as possible for the firefighters and we couldn’t risk having our water tanks low,” said Kampa.


Kampa said, “We saw an immediate and definite impact from the help of our customers who began conserving water.”

When asked about if TUD property was directly affected by the Rim Fire, Kampa replied, “It came really close. We were concerned that the fire would come into Ponderosa Hills and that is where we have two water treatment plants. We also have the water ditch running through the area. Everything worked out well though and we had no damage to any of our facilities.”

As far as the water supply left going into the winter, Kampa said that the supply really wasn’t affected by the Rim Fire activity. According to Kampa, most of aircraft dropping large amounts of water was not grabbing it from the reservoirs or facilities that TUD relies upon.

Kampa concluded, “Like everyone else, we are hoping for a snow-filled winter.”