Recent Storms Pull Some Parts Of State Out Of Drought 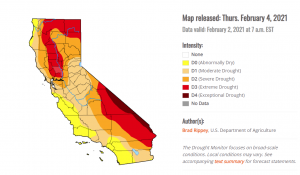 The Mother Lode counties, including Tuolumne, Calaveras, Amador and Mariposa, are all in a state of “moderate drought.”

The US Drought Monitor releases a new report, weekly.