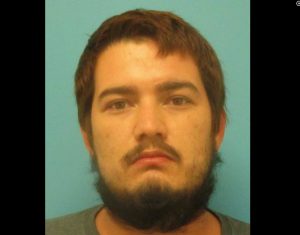 Sonora, CA — A Sonora man was busted in connection to a CRF50 motorcycle that was reported stolen a few days ago in the early morning hours from the back of a pickup truck.

The Sonora Police Department reports that the truck was parked in a public lot in the downtown area. The victim later spotted the stolen motorcycle in the back of a U-Haul pickup truck parked at Lowe’s. Officers responded and returned the bike to the owner, however, they could not locate the driver of the U-Haul.

Later officials learned that 25-year-old Shae Green had been associated with the U-Haul truck earlier in the day, and he was tracked down and questioned at a hotel in the 400 block of Stockton Road. He was arrested and charged with felony possession of stolen property.