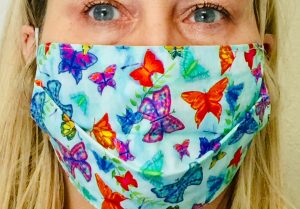 Sonora, CA – California has earned an unwanted distinction in the COVID-19 pandemic.

It became the first state to record 2 million confirmed coronavirus cases, reaching the milestone on Christmas Eve as nearly the entire state is under a strict stay-at-home order, including the Mother Lode, and hospitals are flooded with the largest number of cases since the pandemic began.

Figures from Johns Hopkins University showed 2,010,157 infections since January while more than 23,000 people have died from the virus. Southern California accounting for one-third of the state’s COVID-19 cases and nearly 40% of deaths, according to public health officials. However, California’s infection rate in terms of the number of cases per 100,000 people is lower than the U.S. average.

State health officials say this surge was fueled by “people who ignored warnings and held traditional Thanksgiving gatherings.” Currently, the hospitalizations have jumped to 18,828 patients as of Wednesday, more than double since Dec. 1, with 605 new patients in one day. The number of coronavirus patients in intensive care units nearly doubled in just three weeks, to 3,827 cases, while the state’s ICU capacity fell to 1.1%, down from 2.5% just two days ago.

There are some encouraging signs though as the transmission rate has been slowing for nearly two weeks. The rate of positive cases reached a new high of 12.3% over a two-week period but was starting to trend downward over the last seven days from a peak of 13.3% to 12.6%.

California also expects more federal medical workers to arrive by the weekend, and Gov. Gavin Newsom disclosed that more than 128,000 vaccine doses had been administered as of Tuesday. Although Newsom reiterated his warning that any progress could dissipate quickly, leading to the nearly 100,000 hospitalizations some models project in one month if people don’t heed calls to avoid holiday gatherings, especially indoors.

“This virus loves social events,” cautioned Newsom. “This virus thrives in that atmosphere.’