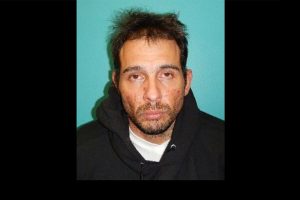 Tuolumne, CA – Noticing another motorist stopping at mailboxes in the Tuolumne area a passerby decided to follow the driver while calling 911.

Deputies were dispatched to Cherry Valley Boulevard and found the alleged thief had crashed his vehicle. Sheriff’s officials say 37-year-old Juan Carlos Torres of Merced lost control of the vehicle while speeding and went off the roadway into a field, suffering minor injuries in the collision.

A search of the vehicle turned up numerous pieces of mail, burglary tools, and drug paraphernalia. Torres was arrested without incident. While at the jail,  two baggies of methamphetamine totaling over 2.5 grams and a methamphetamine smoking pipe were found on him after a body search, according to sheriff’s officials.

Torres was booked for felony bringing a controlled substance into the jail. He also faces several misdemeanor drug charges along with receiving stolen property under $950, having burglary tools, and mail theft. His bond was set at $25000.