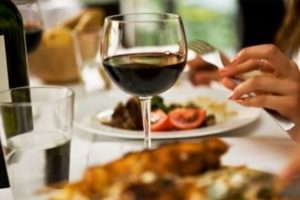 Sonora, CA — A San Diego case that had some hopeful indoor and outdoor dining could resume across the state has been shot down by a California appeals court.

A Southern California judge had issued a ruling on Thursday that allowed the county’s restaurants to resume that type of dining, putting into question Gov. Gavin Newsom’s stay-at-home order. On Friday, the state requested an emergency intervention by the Fourth Appellate District, saying California’s health care system is “on the brink of collapse.”

The three-judge panel gave no explanation for its decision to keep the governor’s stay-at-home restrictions in place. Those that resumed dining service will once again have to go back to just takeout and delivery.

As reported here yesterday, a bipartisan letter signed by a group of state Senators, including Andreas Borgeas, who represents the Mother Lode, counters that the fate of thousands of restaurants and jobs are at risk. They asked for the governor to deem restaurants as “essential businesses,” which would allow them to remain open during the current stay-at-home order.