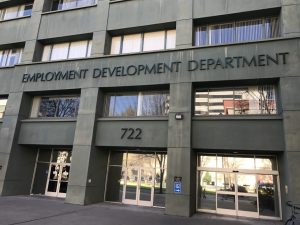 Benefits were illegally applied for in the names of 31,000 inmates and over 20,800 received the money. The Associated Press reports that some of the prisoners who are incarcerated filed claims, while in other cases, scammers used inmates’ social security numbers to file claims outside the prison walls.

One high-profile inmate on the list is Scott Peterson of Modesto who was convicted of killing his pregnant wife Lacey. An attorney for Peterson says that someone must have filed a claim in his name, because he personally received no money.

Governor Gavin Newsom says he is “deeply alarmed” that “bad actors” are abusing the system.

Newsom has tapped the state’s Office of Emergency Services Director, Mark Ghilarducci, to coordinate the investigation into the issue, and to find fixes.