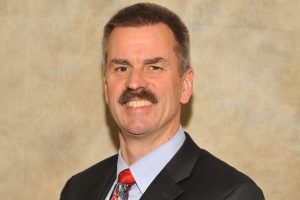 That information was stressed during a COVID-19 update presented by the Tuolumne County Public Health Department at today’s board of supervisors meeting.

Interim Health Officer, Dr. Eric Sergienko, encouraged everyone to take the steps as a personal responsibility in hopes of lowering the numbers and preventing state mandates.

He says, “The metaphor is when your only tool is a hammer, all of your problems are nails. That’s kind of what we see with the state. If we don’t take individual action, and responsibility, then things will get imposed upon us.”

Dr. Sergienko stated that state actions “do work” to curb the spread, but added, “they are crude instruments.”

District Four Supervisor John Gray said, “It is really hard for me to understand that there is pushback on these basic things (mask-wearing and physical distancing) when we know that they will help us.”

District Two Supervisor Ryan Campbell added, “The surge and the rate at which it is increasing, I think, is a stark, and unfortunate, confirmation of what public health has been telling us all along.”

Asked about the eventual delivery of a vaccine, Dr. Sergienko stated the logistics are still being worked out between the federal government, state and local jurisdictions. Some of the healthcare workers on the frontlines could start receiving a vaccine by late this month, and the general population will likely start receiving it in March or April.

Surge planning is also actively underway as the county is reaching out to regional and state partners regarding the potential to increase local healthcare staffing if there is a significant increase in the cases in the weeks ahead following the Thanksgiving holiday.

Tuolumne County is currently seeing the fifth-largest average increase in cases, per capita, among California’s 58 counties. Dr. Sergienko announced there have now been nine deaths in the county.