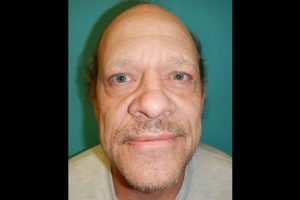 Sonora, CA – A Sonora man allegedly attacked an elderly victim after insulting and swearing at them for several hours.

Tuolumne County Sheriff’s Deputies were called to a home on Meadow Lark Drive in Sonora on Monday afternoon for a report of a dispute. Once on the scene, the elderly victim told deputies that when 55-year-old Leonard Rice returned to the house earlier in the day he began yelling, using foul language, and insulted them. This went on for several hours according to the victim.

The incident became physical when the victim says Rice suddenly grabbed a metal basket and threw it at them. The basket hit them in the face and deputies reported the victim had visible injuries.

Rice was handcuffed and taken into custody without incident. He faces possible charges of elder abuse and placed on a $10,000 bail.

The sheriff’s office asks that anyone who suspects or is a victim of elder abuse report it immediately to the office.