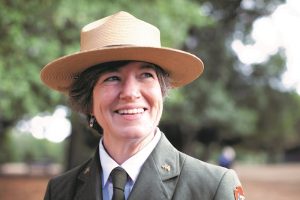 Cicely Muldoon is a 35-year veteran of the National Park Service and has been serving as acting-Superintendent since January. Previously she was the superintendent at the Point Reyes National Seashore in Marin County for 10 years.

As Yosemite Superintendent, Muldoon will oversee the 750,000 acre park and 1,200 employees. The park attracts around four million visitors annually who spend nearly half a billion dollars in nearby communities, which support over 6,000 jobs.

Muldoon says, “A childhood visit to Yosemite introduced me to national parks. It captured my imagination and my heart then, and still does. It’s the honor of my career to join the outstanding team of employees and partners who care for and love Yosemite as much as I do.”

Muldoon will formally transition from acting superintendent to the permanent role on November 8.