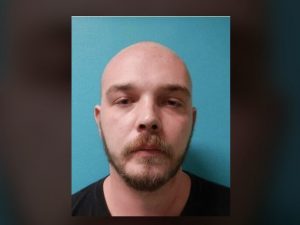 Multiple 911 calls came into dispatch about 27-year-old Joseph Quinn attacking a woman, later determined to be his adult sister. The PD reports that he allegedly pulled her from a vehicle, tackled, and choked her. She then got back into the vehicle, and pulled away, but collided with a parked Jeep. Quinn then allegedly pulled the victim from the vehicle and continued to attack her. He was booked into Tuolumne County Jail on $50,000 bail. The PD says the victim was treated at Adventist Health Sonora for serious, but not life-threatening, injuries.