Vehicle Running With Passed Out Driver Ended In Arrest 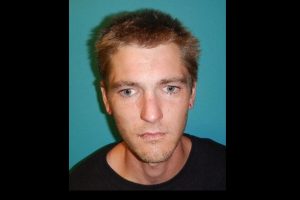 Sonora, CA – Several patrons of a Sonora gas station seeing a vehicle running and a man passed out behind the wheel dialed 911.

A Tuolumne County Sheriff’s Deputy responded to the scene just before midnight at The Outpost gas station, off Highway 108, and found an SUV parked in a stall with the engine and headlights on. While trying to wake the sleeping man a box on the passenger side seat caught the eye of the deputy along with something hidden in the driver’s side visor.

When the driver awoke, he identified himself as 25-year-old Vincent Fauci of Long Barn who was on searchable probation. The deputy pulled down the visor to reveal a stun gun. And inside the box, he found separate clear baggies containing over 30 prescription pills, psilocybin mushrooms, and suspected heroin.

Fauci was arrested for possession of narcotics and a controlled substance for sale and a prohibited person having a stun gun. His bail was set at $20,000.