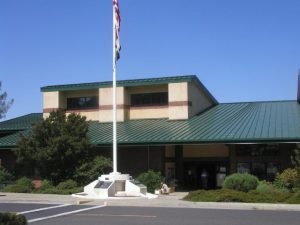 Sonora, CA — Tuolumne County officials are still working on plans for the potential reopening of library services for in-person use, but a recently launched curbside program is proving popular.

The Library and Recreation manager, Eric Aitken, gave an update to the board of supervisors on Tuesday. Aitken stated that it has been a big, and successful, undertaking by library staff members.

He said, “The last month and a half we have had approximately 1,000 visits from patrons across the county. We have checked out approximately 3,500 materials.”

Further adding, “We are seeing a great increase in those numbers right now with some of the schools back in session. A lot of the home school families are really starting to utilize the program, and we are anticipating the numbers to go up even more as we move forward.”

District Two Supervisor Ryan Campbell praised the curbside service, and asked about the development of a “reopening plan” in a “Covid-19 safe way.”

Aitken stated that they have been looking at neighboring libraries who have been limiting hours and patrons and are working on a plan for some sort of reopening in the near future. It is unclear how it will exactly look, and which library locations will be included. He indicated that the scope is somewhat dependent on staffing approved in the final budget which will be reviewed by supervisors at the next meeting.

For more information about the curbside service, click here.