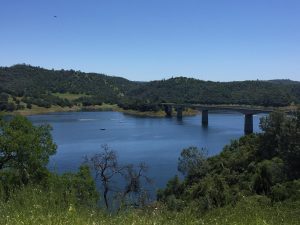 Sacramento, CA — Plans proposed by the Trump Administration to increase the amount of water pumped to Central Valley farmers has met a legal hurdle.

A federal judge has issued a preliminary injunction putting the plan on hold until at least May 31 in response to lawsuits filed by the state of California and environmental organizations. The litigation argues that the move would threaten endangered species and salmon runs.

President Trump signed a memorandum in February calling for the feds to redirect millions of gallons of water to the Central Valley, via the network of dams, canals and pumps. President Trump also argued that too much water was needlessly being sent to the Pacific Ocean.

In response to the judge’s action, halting the plan, California Attorney General Xavier Becerra called it a “victory” but said, “the fight is not over.”

The Associated Press reports the order effectively bars the U.S. Bureau of Reclamation from expanding the amount of water it pumps from the San Joaquin Delta through the federal Central Valley Project. The valley has an estimated $50-billion agricultural industry.