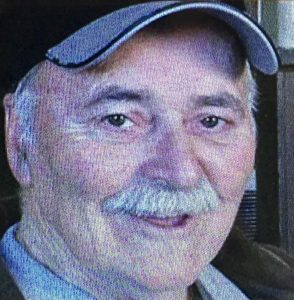 Terzich & Wilson Funeral Home released official word Friday that Larry Rotelli died at his Sonora residence on Thursday at the age of 83. Born in Sonora on August 10, 1936, he spent decades serving the community as a business owner and local lawmaker. He also served in the U.S. Army during the Korean War for 13 months before returning join the family business.

According to Dixie, his wife of 58 years, Rotelli’s grandfather Fredrico, an Italian immigrant, founded Sonora Refuse with a wagon, a cow and a horse around 1920. The company passed down to his father, then to him, and although Larry sold the business in the 1980’s, he continued driving garbage trucks for Cal Sierra until retiring.

While chairman of the Tuolumne County Supervisors, was featured on the ABC Evening News with Peter Jennings, who did a human interest piece on his political campaign, which highlighted his run for office as the “Supervisor Garbage Man.”

Dixie recalls, “When he started school he could not speak English, he spoke Italian and got teased something fierce in school for that and because his Dad was a garbageman. He was a hard-working man and extremely proud that he got into politics.” She laughs, remembering their shared sense of humor and one of his campaign slogans: He may be smelly but Vote Rotelli.

A Lifelong Love Of Community Service

Rotelli represented his district on the Tuolumne Board of Supervisors for many years, 14 years before that on the Sonora City Council. He was Sonora’s mayor for two years and chairman of the Board of Supervisors for five. Dixie says her husband and she are happy that the 24-acre former burn dump property off Stockton Road was able to be repurposed as a place that helps those less fortunate, and help keeps them off the streets.

“He was loved by his family and be me, I was absolutely crazy about him,” she adds. “Not that everything was perfect but we never went to bed without saying ‘I love you, see you in the morning’…he was just a good guy. I didn’t know anybody who didn’t like him.” In addition to his wife, Larry is survived by his three children and six grandchildren.

According to Dixie, Rotelli died from complications relating to a gall bladder condition and that he had been receiving hospice care at home for the past two or three weeks. She commends his caregivers and doctor for their professionalism kindness among others who helped them.

Sonora Mayor Jim Garaventa comments, “To me, Larry’s legacy will be his dedication to public service and giving back to his community. He spent 28 years as an elected official at the city and county levels, but I will always remember his service as a volunteer firefighter. My father was a paid firefighter for the city so, as a kid, I had frequent access to fire calls, and fire house meetings and events. Larry was a fixture in those days and one of the most colorful characters there. His dedication to public service was apparent then, and proven in the years to come.”

Due to the COVID-19 emergency, a Celebration of Life will be scheduled later at the Sonora Elks Lodge. Dixie suggests that anyone interested in honoring his memory through a kind act might make a donation to Adventist Health Hospice patient support or Sonora Elks.